• Admire the landscapes that lie between Marrakech and Ouarzazate during this beautiful tour.

• Visit the old and famous kasbah of Aït-Ben-Haddou from Telouet that of ait ben Haddou.

• Discover the most beautiful scenes of villages and the elevated views of the mountains and the Berber way of life.

• Have a wonderful night in a good hotel with the half board to enjoy the stay.

Ouarzazate is a city out of the bowels of the earth, in the middle of the desert in the south of the Kingdom, with a variety of decorations as elusive as breathtaking, burning sand, snow-capped peaks, palm groves and green oases, haughty ksours, fortified villages, and sumptuous kasbahs, it is all the idyllic charm of a city from another millennium. Two magnificent kasbahs hook the traveler, dazzled by so many beauties: that of Taourirt and that of Aït Ben Haddou, located 30 km from the city. UNESCO has listed these two kasbahs as World Heritage. In Ouarzazate, provided with splendid and luxurious hotels, you can stop off before venturing into the desert where all kinds of sensations enhance the trip.

Depart from your hotel in Marrakech in an air-conditioned vehicle in the morning and head towards Ouarzazate. Admire the majestic Moroccan landscape and small villages on several levels that you will climb in the High Atlas through the winding pass of Tizi n'Tichka. Continue on the winding road to the Kasbah of Telouet, the ancestral home of the Pacha Glaoui of Marrakech. Enjoy a leisurely lunch at the historic kasbah (own expense), then cross the Telouet trail which used to be a trade route connecting sub-Saharan Africa to Marrakech.

Once you reach the magnificent red and green olive groves of the hidden Ounila Valley, discover the Kasbah Aït Benhaddou, a UNESCO World Heritage Site. Witness a magnificent sunset from the top of the kasbah tower before sitting at the table and checking into your hotel.

Enjoy breakfast and then return in your air-conditioned vehicle to the drive to Ouarzazate, the site where films such as Game of the thrones, Star Wars and Gladiator were filmed. Enjoy the panoramic view and visit the ancient Taourirt Kasbah, another UNESCO World Heritage site, and the home to two film studios and the Cinema Museum. Explore the studios and continue to the Fint Oasis, a beautiful palm grove made up of four traditional Berber villages. Visit a Berber house and enjoy Moroccan mint tea.

Sit down for lunch (own expense) and return to Marrakech in the late afternoon. 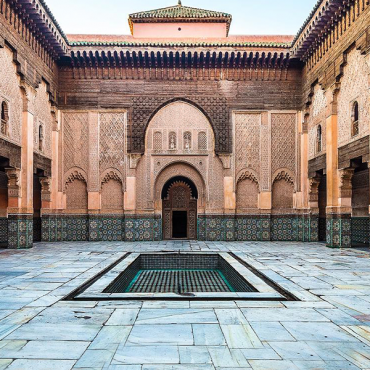 -11%
41 £ / 33 £
33 £ / 41 £
Marrakech Historical and Monuments Visit
Guided tour by a professional local guide to see the main famous monuments of the medina of Marrakech. Live a wonderful day to explore the inner history of the red city of Marrakech. The Koutoubia mos ... 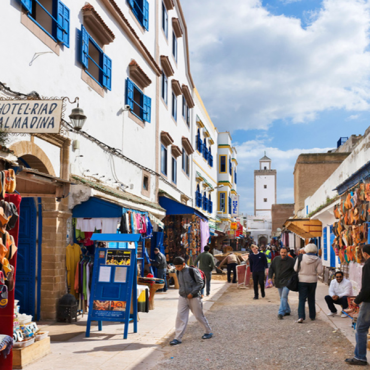 -11%
17 £ / 12 £
12 £ / 17 £
One Day Trip to Essaouira
Essaouira is a medieval city known for its annual Gnaoua music festival, and UNESCO considers the city as an international heritage. There are many other things to admire during your visit to Essaouir ... 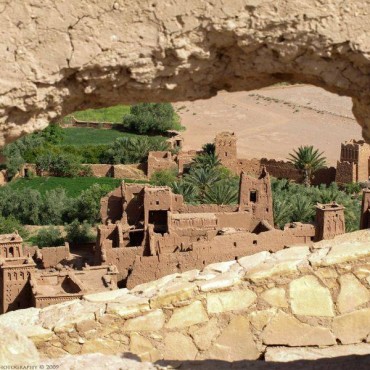 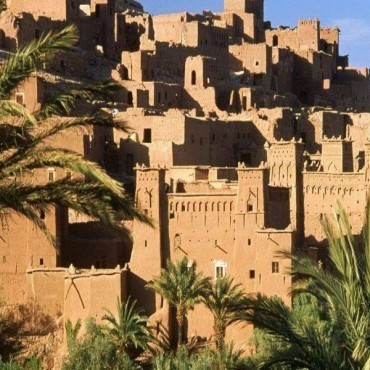 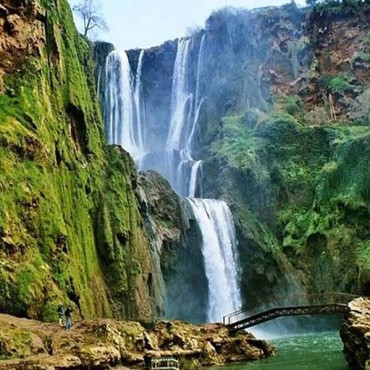 -11%
21 £ / 14 £
14 £ / 21 £
Ouzoud One Day Trip from Marrakech
Considered one of the most remarkable natural attractions of the High Moroccan Central Atlas, the Ouzoud waterfalls are located northeast of Marrakech at about 160 km. On the way, the view of green va ...

Total price :
Validate Cart
There are 28 people viewing this page